Welcome to the official rules for The Fight Day’s giveaways and contests! Thank you for participating! Please read rules below if you have any questions.

NO PURCHASE NECESSARY TO ENTER OR WIN UNLESS OTHERWISE DIRECTED. IF NO PURCHASE IS REQUIRED, A PURCHASE WILL NOT INCREASE YOUR CHANCES OF WINNING. MUST FOLLOW EXACT DIRECTIONS DETAILED IN CONTEST OVERVIEW PAGE AND/OR SOCIAL MEDIA POSTS (REQUIRED STEPS AND ACTIONS, DEADLINE TO ENTER, ET AL) TO BE ELIGIBLE TO WIN. VOID WHERE PROHIBITED OR RESTRICTED BY LAW. THESE RULES — ALONG WITH ANY DISCRETION APPLIED BY The Fight Day STAFF — GOVERN ALL ASPECTS OF PARTICIPATION AND PRIZE AWARD.

Sponsor. All Promotions are sponsored by The Fight Day, via Horizon Media Ltd. (the “Sponsor” or “The Fight Day”).

Promotion Period and Description of Promotion. The Promotion shall commence and end when displayed on Terms and Conditions page and/or social media posts.

Eligibility. All eligible participants (“Participants”) entering any Promotion must comply with all terms and conditions of these Rules. a. The Promotion is open to U.S. residents who, on the date of entry, are at least 21 years of age or older. b. The officers, directors and employees of the Sponsor, its subsidiaries and affiliated companies, advertising, promotional and judging agencies, persons engaged in the development, production or distribution of materials for these Promotions, and the immediate family members (grandparent, parent, child, sibling, and spouse of each) of and/or persons living in the same household as such individuals (whether related or not) are not eligible to participate in the Promotion. c. Employees of The Fight Day and Horizon Media Ltd. are not permitted to participate in the Promotion.

Selection of Winners. Winners will be selected by exact process dictated in contest rules, which may include (1) the dictated rules for social media posting/actions, (2) fulfilling certain actions for interactions with our social accounts and/or website visits, etc., and (3) random drawing from all eligible Entries received from Participants at the end of the Promotion Period. Subject to verification of eligibility and compliance with the terms of these Official Rules, the potential winners will be declared the official “Winners” of the Promotion. Odds of winning depend on the total number of eligible Entries received. The purchase of any goods or services will not increase any Participant’s chances of winning. All decisions of the Sponsor regarding the Promotion and the application of these Rules are final and binding. a. Winners will be notified by social media and/or email in order to claim the Prizes (as described below). b. Any failure of a Winner to notify and communicate acceptance within the timeframe set forth by Sponsor will result in forfeiture of the Prize. In the event a potential winner forfeits or is disqualified for any reason, an alternate potential winner will be selected in a random drawing from among all remaining eligible Entries. c. Each Winner is solely responsible for all federal, state, and local taxes and other fees associated with his or her receipt and use of a Prize. No substitution, assignment or transfer of Prize is permitted, except by the Sponsor, who reserves the right to substitute the Prize with another prize of greater or equal value if a Prize cannot be awarded as stated. The Sponsor will withhold and/or report taxes as required by the applicable law of the Sponsor’s jurisdiction. d. Taxes and fees, if any, are the sole responsibility of the prize Winner(s). Sponsor is responsible only for prize delivery and expressly disclaims responsibility for prize utility, quality, or otherwise.

Prizes and Odds: Company is accepting one (1) entry from each person on social media accounts Twitter and Instagram. Total Approximate Retail Value of All Prizes $500. ALL PRIZES ARE AWARDED AS IS AND WITHOUT WARRANTIES OF ANY KIND, EITHER EXPRESS OR IMPLIED, INCLUDING, BUT NOT LIMITED TO, IMPLIED WARRANTIES OF MERCHANTABILITY OR FITNESS FOR A PARTICULAR PURPOSE. SOME JURISDICTIONS MAY NOT ALLOW (OR MAY LIMIT) DISCLAIMERS OF CERTAIN WARRANTIES, IN WHICH CASE THE FOREGOING DISCLAIMERS WILL BE ENFORCED TO THE MAXIMUM EXTENT PERMITTED BY LAW.

No Third-Party Sponsor. This Promotion is in no way sponsored, endorsed, or administered by, or in association with any person or other entity, including any third party, other than The Fight Day. a. Twitter and Instagram collectively “Social Media Sites” are not sponsors, endorsers, or affiliated in any way with the Promotion. All questions regarding the Promotion must be directed to Sponsor, not any social media site. You agree as a condition of participating in the Promotion that you shall release Social Media Sites from any and all liability arising out of or relating to your entry, creation of an entry, submission of an entry, participation in the sweepstakes, acceptance, use, or misuse of any prize, or the broadcast, exploitation, or use of an entry.

Publicity. Prize winners agree that their names, location, social media posts, and/or photos and videos tagged in response to Promotion posts may be used for marketing purposes. By participating in the Promotion, the Winner agrees to refrain from any behavior or communication that would harm the image or reputation of The Fight Day or the The Fight Day’s user community. YOU FURTHER ACKNOWLEDGE AND AGREE THAT YOUR PERSONAL IDENTIFYING INFORMATION MAY BE DISCLOSED TO THIRD PARTIES INCLUDING, WITHOUT LIMITATION, PLACING YOUR NAME ON A WINNER’S LIST.

Additional Terms and Conditions. The decisions made by The Fight Day management regarding, but not limited to, eligibility, winners, scoring, dates, travel arrangements, rules, prizes and compliance with The Fight Day’s standards of conduct are final. No correspondence will be entered into. The Fight Day reserves the right to make reasonable changes to these terms to ensure the fairness of competition, and in response to unanticipated developments (such as technical failures, errors, acts of God, natural disasters, terrorism, and changes in applicable law).

Conditions of Participation and Limitations of Liability. By participating, entrants hereby release, hold harmless, covenant not to sue, and forever discharge Sponsor, its respective parent companies, affiliates, subsidiaries, retailers, divisions, dealers, advertising and promotion agencies, and all others associated with the development and execution of the Promotion, and each of its and their directors, employees, officers, and agents from and against any and all third-party claims, actions, damages, losses, liabilities, costs, expenses, injuries, or causes of action of any kind that in any way now or hereinafter may arise from or relate to the Promotion, including without limitation (i) the administration of the Promotion, such as typographical, printing, seeding, human or other errors relating to or in connection with the Promotion, the processing of entries, the announcement of the prize or any related materials, inaccurate, fraudulent, incomplete, illegible, late, lost, stolen, misdirected, undelivered, incomplete, or damaged entries, any delays in delivery or lack of availability of the prize or prize materials and/or (ii) entrants’ participation in the Promotion offered by Sponsor or their acceptance or use of a prize, or participation in any prize related activities, including, without limitation, any travel related thereto, and death and bodily injury (including emotional distress), due in whole or in part, directly or indirectly, to participation in the Promotion and for any claims or causes of action based on publicity rights, defamation, or invasion of privacy, liability, loss or damages arising from or in connection with the awarding, receipt, and/or use or misuse of any prize or participation in any prize-related activities. Sponsor reserves the right at its sole discretion to disqualify any individual who is found to be acting (i) in violation of these Rules, (ii) in an unsportsmanlike or disruptive manner, with the intent to disrupt or undermine the legitimate operation of the Promotion, or (iii) with the intent to annoy, abuse, threaten or harass any other person. Without limiting the foregoing, in the event Sponsor is prevented from continuing with the Promotion as contemplated by any event beyond its control, including, without limitation, a force majeure, fire, flood, epidemic or other national health emergency, earthquake, explosion, labor dispute or strike, act of God or public enemy, satellite or equipment failure, riot or civil disturbance, terrorist threat or activity, war (declared or undeclared,) or any federal, state or local government law, order, or regulation, order of any court or jurisdiction, public health crisis, or other cause not reasonably within its control, then Sponsor shall also have the right to modify, suspend, extend or terminate the Promotion. In the event that the Promotion is terminated, cancelled, or postponed for any reason whatsoever, the Prizes will be awarded to the extent required by law. CAUTION: ANY ATTEMPT TO DELIBERATELY DAMAGE SPONSOR’S WEBSITE(S) OR UNDERMINE THE LEGITIMATE OPERATION OF A SWEEPSTAKES OR PROMOTION OFFERED BY SPONSOR IS A VIOLATION OF CRIMINAL AND CIVIL LAWS. SHOULD SUCH AN ATTEMPT BE MADE, SPONSOR RESERVES THE RIGHT TO SEEK DAMAGES FROM ANY SUCH INDIVIDUAL TO THE FULLEST EXTENT PERMITTED BY LAW. 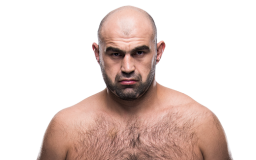 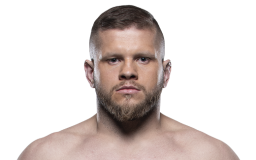